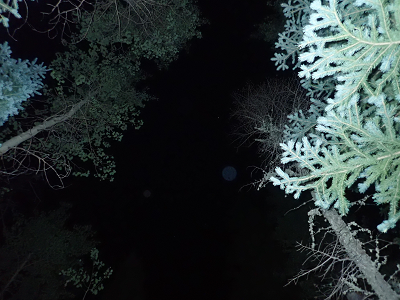 My name is Gordon Wimbledon and I work for a prestigious government space agency. Five days ago we caught sight of a mysterious illuminated object lowering itself over a field near Taos, New Mexico. Me and several of my colleagues were in the area to observe the event. In all my years of professional work I have never seen anything even remotely similar. The craft was roughly 100 meters in width and constructed from a light yet durable metal.

When we approached the craft, we were shocked to discover that it emitted a strange repellent field. Several of my colleagues died days later of radiation poisoning. The beings inside did not make their presence known.

For five long days we set up camp and waited. We did not alert our agency for fear of creating widespread panic, and agreed that if nothing came of the event we would tell nobody and go to the grave with our secret. five days later, however, the unspeakable happened.

The leader of these beings, a 7 foot humanoid with an upper exoskeleton, exited the craft on a long strip of the same metallic substance and approached me. I was helpless as it held me spellbound and put its extremities to my head, after which time it initiated a prolonged and painful session of what I can only term as ruthless mind probing. My colleagues tried separating me from the creature but to no avail. During this time I believe the creature obtained most human knowledge, in particular vital space research, leaving us helpless. Upon the conclusion of the link, the leader ran back to its craft and departed.

It is my firm belief, and the belief of my peers, that the worst is yet to come, so if you value your safety please alert as many people as possible. Unless the public is made aware of this crisis we may have no recourse should the beings return.