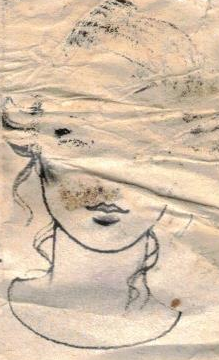 The less open-minded among you will say I killed those women. Couldn’t be further from the truth. I kept them alive. I gave them something few will ever know. Immortality, plain and simple. They say nobody has figured out the secret to eternal youth. Well, I have. It’s called a camera lens.

You reading this- fake psychiatrist, earning maybe two bucks an hour on this lousy anonymous forum- you might want to call the police after you read this, have them track me down. Shouldn’t be difficult considering you know who I am if you’ve been keeping up to date with the news. Know the general vicinity in which I operate. The methods I utilize. And you know what I mean, too, when I say I provide immortality.

Think about it, just for a moment, before you rush to any conclusions. Those women- all of them- will live longer lives now that they’ve been dragged out of the shadows. Out of the mundane, the placid. Last week their faces were plastered, in a deluge of ink, onto every major regional publication. They became famous, well-known. I gave them something they never could have been afforded if they had gone on living as they had been. Now they live on in celluloid. In memories. Because memories do a better job of painting someone than their immediate physical presence. Absence makes the heart grow fonder.

I understand there are no professional photographers here. There are likely none in the police department, either, at least not any who are versed in composition and the rule of thirds and the right sort of film to buy for a particular atmosphere and so on. The pictures they took of the bodies were rushed, amateurish, did my work a disservice. Now, my photos, on the other hand- the ones which landed smack dab on the front page- they looked much better. I think, even if you are averse to my activity, you must admit that. You saw them. I know you did. And while you looked at them, casually, you were thinking “Wow. This guy may be a horrible person- mentally scarred, devoid of compassion or empathy- but he took such great PHOTOS. Glossy and sheen, just the right exposure. Just the right lens.”

Well, I’m glad you appreciate them. And I’m sure my subjects did as well, when you get right down to it. I mean, think about it. You just walk along that narrow stretch every day, probably to the Tech center or something, where you shuffle paperwork around, never really accomplishing anything. Never really becoming a part of history. Not one that people will remember, at any rate.

Now, though- they’re each contemporary Black Dahlias. I think the press has become sloppy as of late. Not enough sensationalism, too much accuracy. Not exploitative enough. My dear friends at the fourth estate, had it not been for my painstaking efforts to pose every cadaver just so, would have been at a loss in describing the utter abhorrence of my crimes. I did most of the work for them, and I thank them for fulfilling my goal. If I can predict how the coverage will play out that well, I’m surely going to elude justice for a while yet. Just need to plan ahead. That’s really all there is to it. Considering how much hindsight I’ve got, I think I’m well-covered in the foresight department.

Not that I hoard technique. To the contrary, I’d be all too happy to let you all in on my acumen. The real trick is in keeping the limbs still. They always tend to move, ever so slightly, just with gravity pulling down on them. In the end, I decided to use transparent fishing wire, sort of to dangle their arms from the ceiling, give the appearance of a handshake or a wave. And of course I taped some rulers to their arms in the back, to ensure proper rigidity.

The trickiest part was to get their expressions down pat. I had to stuff their cheeks with cotton balls, tape their eyelids open from the inside. The human face has a ton of expressive muscles, you know. I did my best to cover each of them. Most of the shots, I would say, took at least 3 hours to set up, when all was said and done. 3 hours the detectives weren’t able to find me. 3 hours with nobody smelling the rotting decay from my apartment. Just spending my time with them. Making their transition into immortality as glamorous and comfortable as possible.

According to what everyone wrote in after the publication of the photos, they said the women appeared undead. Clinically deceased yet with all the charm and effervescence they had possessed when they were living. Staring at the camera with those watery aqueous membranes, grinning with the receding gums. They were lively when I found them on the route. Put up a good fight. Fame doesn’t discriminate, though.

The camera is, in some ways, more adept than the eye. Consider that film is merely a mechanical reproduction of the process which takes place in the photoreceptors of the eye. Couldn’t we amplify this process to create scenes which are more vivid, more expressive, more emotive, than those seen via normal unaided vision? That’s certainly what I’ve done. I encased them in vivid amber, engulfed them. Preserved them for centuries to come. After seeing those pictures, odds are nobody will be able to forget them. I’ve etched them into the public consciousness.

Every roll of film distorts the scene somehow. There’s always the minute probability of light leaking in, as well as the film grain. Really, I don’t think there is a film which can accurately depict the beautiful little still life I had set up in my living room. But I think the simulacra are fine. And I commend the papers on choosing, out of the 750 or so set I submitted, the best ones. Unlike the detectives, it seems the dear fourth estate at least has some lingering sense of scale, of pathos, of distortion.

You don’t know the half of it, do you? The mess they made in the back of my van, banging on the sides. One even put a dent in it. One- I believe it was the one with the frizzy brown hair and the turtleneck- she kicked the window in while I was dragging her across the parking lot at the side of the route, about halfway through its length. The police still haven’t found the blood from the wound I had to inflict to keep her quiet. They are messy, aren’t they?

I don’t expect you understand, completely, the effort I put in to ensure that these hapless nocturnal pedestrians would be granted the ultimate privilege, one which I or you or the manifold billions which infest this planet will never fully attain. They won the lottery.

That’s what you’re thinking. “This guy sure derives pleasure from documenting it.” But you couldn’t be more off the mark if you tried. I get nothing out of it. I merely documented it because I felt it had to be done. I document everything. If I hadn’t done it, all you would have to go off would have been those blurry, garbage stills from the police department. You have to admit to yourself, in all honesty, you wouldn’t have wanted that. It wouldn’t have been exciting. It wouldn’t have been interesting.

But the photos, and the videos, and the other trinkets which even now litter my shelves- they turn this from a mere incident, a run of the mill homicide string- into a veritable sensation, a mind-grabbing SPECTACLE. And I’m sure my journalist friends do enjoy that, even if they refuse to admit it to themselves. Their wallets are better off, thanks to my skill. You’re welcome.

It does feel good to get this off my chest. I’m not desperate for attention, I’m really not. I could care less what you think about me, whether you consider me the hero or the villain in this scenario. I know you’ve already made up your mind about me, but that doesn’t matter either. It’s just sort of nice to jot this down while the memories of their frightened wails are still imprinted firmly in my mind. Unlike photographs, my long-term memory isn’t the best at retaining information. Soon I won’t even fully recall the thrill of putting my arm around their throats within range of at least 5 drivers above the underpass, all of whom could have caught me in the act. Better to experience something and forget it than to never experience anything and remember it.

The route itself- prime real estate for such an endeavor. Empty, secluded, yet in the midst of such urban decay. So much foot traffic to choose from. I spent weeks scoping the area out beforehand- every pipe, every grating, each claustrophobic tank and unattended boiler room. I put the bodies back, at various randomly chosen places in the city’s water system. Odds are they won’t be recovered anytime soon. All you’ll have to prove they even existed are the pictures. I’ve made sure of that.

So I guess this little diatribe- monologue, or what have you- is merely my way of letting you know that I’m out here, and that I know exactly what you’re thinking. I don’t care about what you think, how you construe these events. There are forces at play here beyond your understanding and, true, beyond even mine. These women were not taken senselessly. They serve a higher purpose, a function in the scheme of things, like entries in an algebraic equation. They are hints to an all-consuming unknown. You might not know what that blank square is yet, though in time you will. You and the rest of the greasy mob of hypocrites who litter this nation of ours, poison discourse, advocate for blind ignorance.

You enjoy being kept in the dark so much. “Oh,” you say. “They shouldn’t have published those horrid pictures.” Well, they did. And this is only the beginning. Enjoy this level of ignorance while it lasts, because the only thing more terrifying than the unknown is the known. When everything is put into stark contrast, into sharp unflinching comprehension, you’ll be screaming a thousand times harder than any of my victims or any of the oblivious readers who spotted them smiling emptily on page 3.